Berlin-based musician and Bitwig Studio wizard Polarity has built a fantastic collection of unique creations, ranging from subtle to extreme, from emotional to technical, with a strong focus on harmony, musicality, and playability. Polarity Tools gives you a wide range of instruments, effects, note effects, and utilities. If you dig in for a close look, you'll also find examples of how to build a simple synth voice from scratch, or a whole song from one note, using Bitwig Studio's flexible device and modulator architecture.

“Bitwig Studio is the only place where I can easily switch between producing traditional songs and creating modular tools. For me, the focus on workflow and maximizing opportunities goes beyond the quantity of features. Workflow is king.”

How do you describe what you do?
I program for money and make music to relax. If I find some time in between, I dedicate myself to photography, but often everything overlaps.

Do you think of yourself as a musician or a toolmaker?
I'd call myself a mix of both. The one requires the other, and it’s helpful to know something about each area, so I can pick and combine things here and there.

How is your creative process as an artist different from your creative process as a toolmaker?
Often, they aren’t that different. It usually begins with playing around, making a creative attempt of some kind. Sometimes this turns into a complete song, and sometimes I think it could be a nice tool. I often try to work out tools from finished songs that could be useful in other projects.

So when planning a tool, do you start by imagining outcomes that it will be used for?
As a musician, I know most of the pitfalls a producer encounters, so I can guess which kinds of tools might be useful. And when I’m developing tools, I try to keep them as generic and extensible as possible, aiming for "instruments" rather than one-offs. Making music can be hard work, and it can often be monotonous. Having a new, creative tool available can help let the ideas flow.

In this package, you have a few long, evolving sample sounds with interesting artifacts in the audio itself. What is your approach to sampling as a production technique?
Some of these are techniques from my early days as a producer. Back then, when computers weren’t as powerful as they are today, you could easily max out the processor with two or three plug-ins. So it was relatively common to keep resampling basses, for example, adding more overtones or modulations or artifacts at every iteration. Creating directories full of your own sounds served two purposes. First, it helped to keep you from overloading the processor. And second, new projects can easily be started with a bank of your own good sounds. It is often possible to create unique situations by selecting the sounds, and this puts coincidence back into the game. The sounds can deviate quietly in key, chords, or speed from the current project, which always results in something interesting.

There are some deep live-sampling patches in here as well. Do you think of successful live-sampling differently than you do production sampling?
Not really. I try to think of them as two paths to the same result. Static songs can be recorded live performances — it's completely traditional. As a producer you are often confronted with the problem: "How do I perform my songs?" Often this ends in boring stem bounces. But if you start a production project as a live performance, you get the static song as a tasty bonus. I find the idea of having dynamic songs that sound or perform a little differently each time very appealing. Speaking more broadly, I can also imagine a kind of mini-DAW for listeners. The producer could publish his or her project files directly, and the listener could use eight macro controls in his or her slimmed down mini-DAW. You wouldn't need static music files anymore.

How do you strike a balance between the input by the musician and the creation by the machine? And what role does randomization play in the creative process?
I think that's a very philosophical question: Where does your own creation begin, and where does the machine take over? Producers are just very critical consumers. I try to create small accidents by turning the buttons and switches and end up with results that I like. If I'm happy with the settings, I'll leave them as they are. In the end, you have a song that is nothing more than a string of little accidents that you have blessed. Even classical composers try out sequences of notes, and only when they fit are they written down. For me, the processes of the consumer who chooses his music in the shop and the producer who chooses his tools and sounds are similar, maybe differing only in complexity. With more experience, you can create certain musical situations faster, but at the same time, you have the problem of ending up in the same situations more often. Sending a simple input through a tangle of processes beyond my direct control creates a kind of random output, which can be both a solution and very refreshing. Here the creative focus is shifted more to the design of the process and not the output. I also like to use coincidence to make sounds more interesting. One example would be modulating panning or pitch to simulate the inaccuracy of the analog world. In Bitwig Studio, I can decide how much randomness I want to allow.

What is one tool you use that enables your work?
Honestly, I can only say Bitwig Studio. This is the only place where I can easily switch between producing traditional songs and creating semi-modular tools. For me, the focus on workflow and maximizing opportunities goes beyond the quantity of features. Workflow is king. I know there are other tools with similar features — I have had a lot of experience with them — but in this case, the mix of features and workflow is extremely important for me. Nothing is worse than a tool that stands in my way, and Bitwig Studio opens new doors for me every day.

If you weren't working in music and technology, what would you be doing?
I would probably do something in nature, like exploring things. Or collecting animals, haha.

Explore this collection of Fingalick's samples, presets, and clips for use in your productions or as inspiration. Build chord progressions for hip-hop, modern R&B, and more. 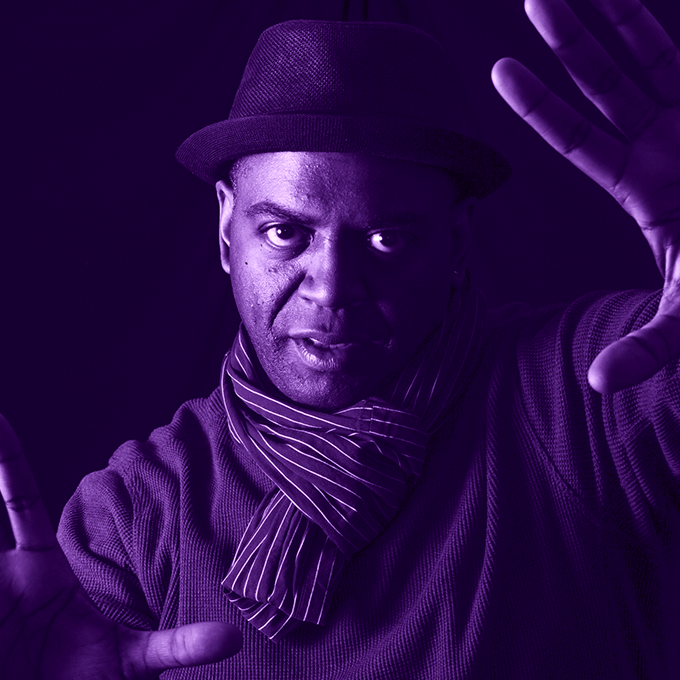 Analog Waves delivers the best of sampled analog sources into Bitwig Studio's ultra-flexible digital environment, ready for you to morph, twist, tease, and tweak to your heart's content. 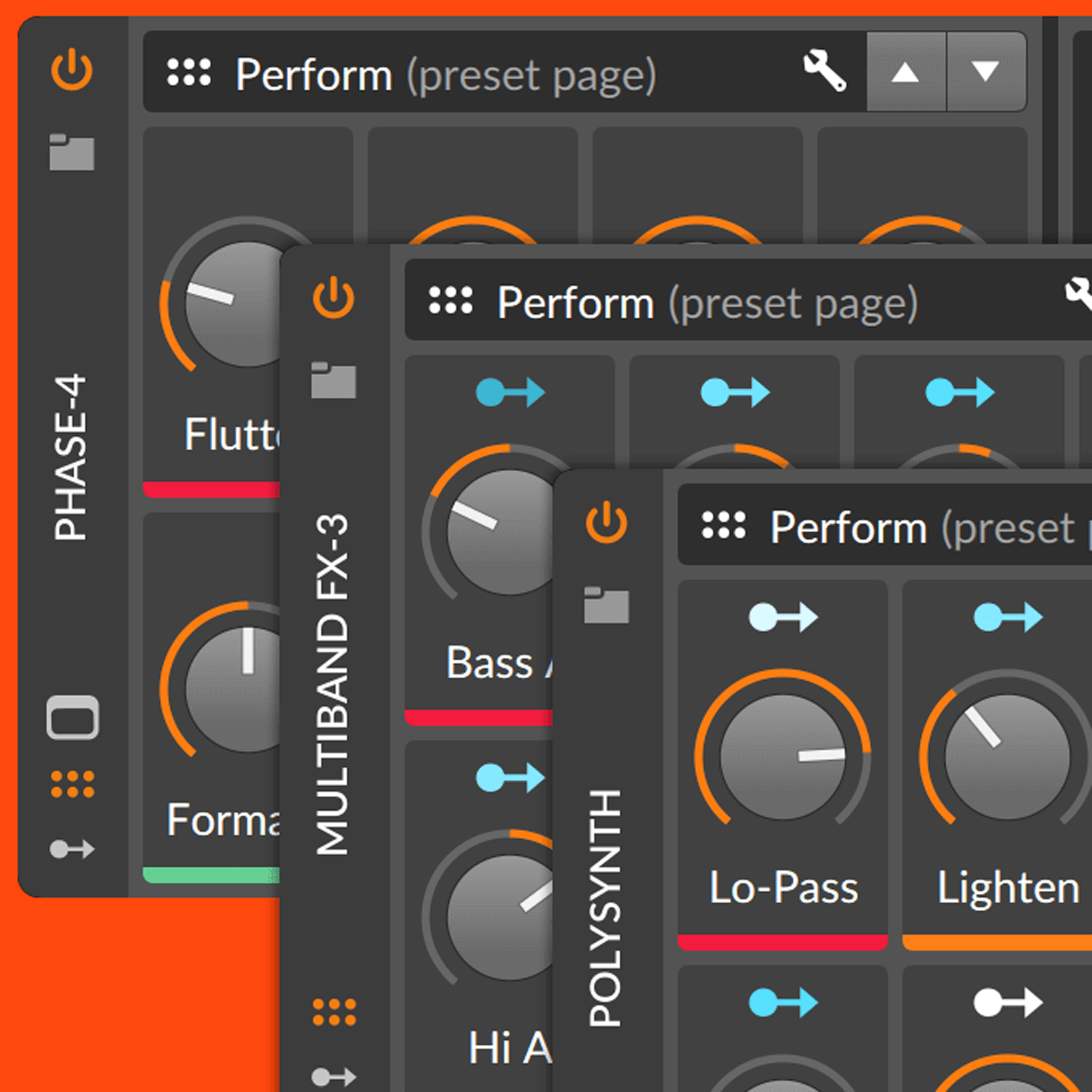 Essential Presets is a versatile package of Bitwig-created content and includes the vast majority of Bitwig Studio device presets.

< Back to Sound Overview